Biological macromolecules adopt complicated three-dimensional (3D) structures that are critical to their function. We want to learn how these complicated structures help macromolecules perform particular tasks. To do this we use a visualization technique called electron cryomicroscopy (cryo-EM), which involves firing a beam of high-energy electrons at a biological sample at cryogenic temperatures. Some of these electrons interact with the sample and when recorded form a 2D image of the sample. A 3D density map can then be formed from a series of these 2D images. In recent years the quality of these maps has improved rapidly and often have sufficient detail (resolution) to build an atomic model of the structure. This “resolution revolution” is the result of better microscopes, advances in electron detection, and new mathematical models for interpreting the raw images.

Cryo-EM has made the impossible possible. We can now visualize macromolecules that are structurally heterogeneous, produced at low yield, and, perhaps most excitingly, directly in their native environment.

Structure of the ciliary cytoskeleton 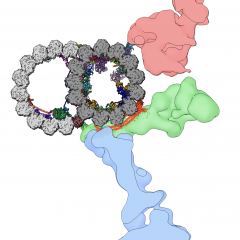 Central to all cilia is the axoneme, one of the most geometrically complex and structurally conserved macromolecular machines found in nature. Using high-resolution cryo-EM techniques we are beginning to resolve this beautiful structure in atomic detail. Recently, we have determined structures of ciliary doublet microtubules and radial spoke complexes. This project is an on-going collaboration with Dr. Rui Zhang and Dr. Susan Dutcher at Washington University in St. Louis.

Molecular transport in the cilium 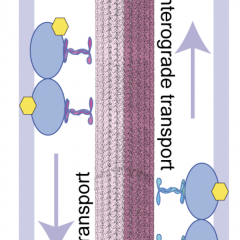 One of our long-term goals is to understand transport mechanisms in the cilium. We are particularly interested in the interplay between microtubules, motor proteins, adaptor complexes and their cargoes, and the role of these processes in signaling pathways. To do this we use a combination of structural, biophysical and biochemical techniques with an emphasis on high-resolution electron microscopy. An example of our recent work in this area is the cryo-EM structure of the mammalian BBSome complex, which transports transmembrane proteins in the cilium. 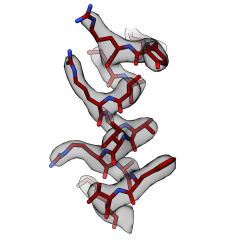 We are also interested in developing new methods to accelerate and improve cryo-EM structure determination. In particular how we can improve the interpretation of cryo-EM density maps with all-atom models and make these models as accurate as possible.

Some useful tools that we helped develop for cryo-EM can be found here.